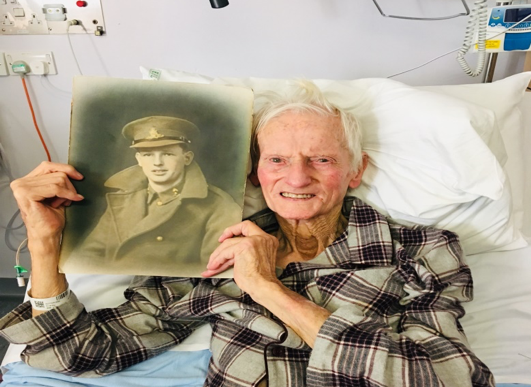 The DMWS welfare officer was quick to react to the call from the Ward. As a result, this prevented Sidney becoming homeless and also reduced the stress on both patient and his adopted family and also the NHS staff caring for Sidney's medical needs'.

Sidney was admitted to the Royal Devon and Exeter hospital via ambulance after becoming unwell when arriving in England from Portugal. He was living with his son but become too unwell to stay in Portugal. He was 99 years old at the time, frail and physically unable to look after himself. The Ward contacted the DMWS welfare officer (WO) due to concerns for Sid’s wellbeing.

Sid didn’t have anywhere to live in the UK. He had an adopted family but they didn’t have any room for Sid to live with them. The Discharge Team were looking into Community Housing in the community but Sid would not have been able to support himself.

Dunkirk Memorial House accepted Sid’s referral and wanted to meet him to discuss residency. They visited him within two days to complete the paperwork. ASC also agreed to fund the first three months of the fees.

Sid was extremely pleased that people were rushing around and fussing over him which was quite endearing. He was so pleased to be going to a supportive home full of war veterans like him. Sid’s adopted family were so pleased that he was going to be safe and looked after and that they were able to visit him anytime they wanted as he was so close. 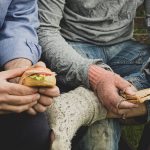 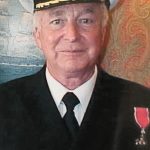