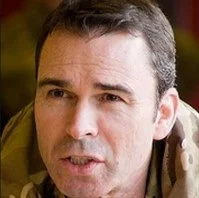 Air Vice-Marshal Ranald Munro joined the 10th Battalion The Parachute Regiment in December 1986 and, having served for a year as a private soldier, was commissioned into the Battalion from RMA Sandhurst in 1988.  He received his Territorial Decoration in 1999, Bar in 2005 and awarded his VRSM in 2010.

Ranald is a Trustee of the Airborne Forces Security Fund, Member of the Parachute Regiment Council, Hon Col 4 PARA and Vice President (ex‑Chairman) of The Caledonian Club in Belgravia, London.

Ranald is a barrister in civilian life and is the General Counsel and company secretary for  as well as the most senior serving Reservist in the British Army and is currently serving as the Assistant Chief of Defence Staff (Reserves).