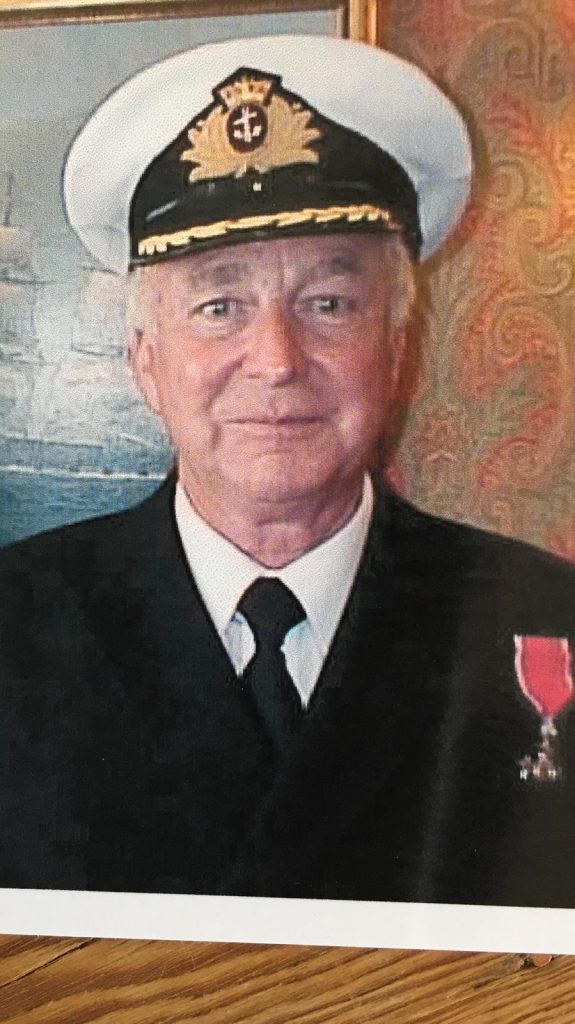 Thank you for your kindness, help and support.

Ivan, aged 86 years, had been a Master Mariner with the Merchant Navy for many years and in 1999 was awarded an MBE for services to the Marine dredging industry. Unfortunately over the past few years this very fit, strong man had developed Parkinsons disease and also dementia. Inevitably Ivan and Eleanor’s lives had changed drastically and she was now the sole carer for him. DMWS visited Eleanor when she was admitted to hospital. She was extremely concerned that she would be ‘out of action’ for a couple of months. This meant that Ivan would need to go into a Nursing Home and she was very worried that he would be confused without her and that he would not survive. She felt very guilty that she would be ‘abandoning’ him when he most needed her and that she couldn’t help feel that he was the priority. DMWS observed that this anxiety could hamper Eleanor’s recovery and that she might take back his care before she was fully recovered.
DMWS welfare officer Jan, spent a long time with Eleanor talking through all the options and helping her to understand that at this stage her own health was paramount. DWMS welfare officer helped Eleanor to accept that Ivan would be well cared for even if the Nursing Home did not stick to the strict regime that she had put in place for her husband – eg wearing a collar and tie every day, wearing shoes and not slippers! A placement was found for Ivan near their home and DMWS arranged for her to receive support from Age UK (Veterans) who would visit her and Ivan. They had never been apart except when Ivan was at sea.

Just as everything was going well, Covid-19 lockdown was put in place and after a lot of discussion with the Home – and observing all the guidelines, Eleanor was allowed to visit Ivan once a week. During Covid-19 DMWS kept in touch with Eleanor as I knew that this would be a very difficult time for her and she felt that he was getting a little frail. However, she was totally unprepared for his death yesterday morning – quite unexpected. Covid-19 is such a difficult time to experience bereavement as Eleanor was on her own and cannot receive the normal support from friends and family. Shocked and devastated DMWS welfare staff have remained in touch with and continue to support her for as long as it is needed.