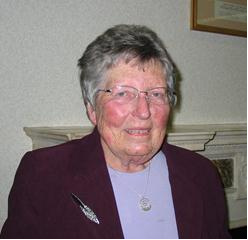 Baroness Audrey Emerton is a distinguished member of the nursing profession with numerous prestigious remits at national level including chairing UKCC.

She has had a long association with Order of St John, initially joining as a cadet in 1946 and progressing continually, holding the post of Chief Commander of St John Ambulance for several years until her retirement in 2002.  Audrey is a former member of the Joint Committee of the Order of St John and the British Red Cross.

Since becoming a life peer in 1997 she has contributed regularly as a cross bench member in the House of Lords on a variety of issues relating to the nursing profession, health care and the voluntary sector.